The Comparing Groups: Student Worksheet has four parts and is linked to the presentation of data in graphical form. It compares two classes of students based on results from a test of quick recall of mathematical facts.

The pictured figure is from the second part of the worksheet. The representation is straightforward to encourage students to focus on differences, rather than a complicated graphical form. Proportional reasoning features in the final part of the protocol. 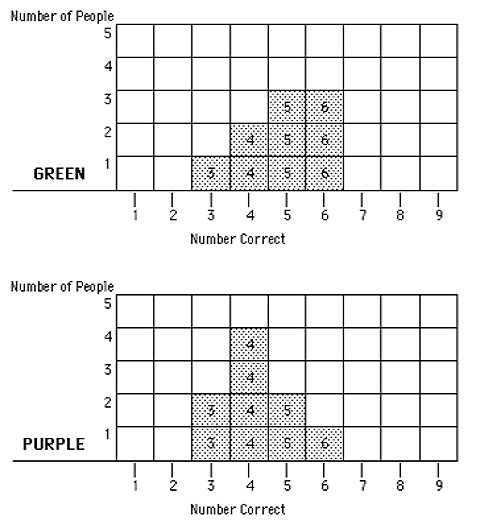 Plots of mathematics scores for 9 students in two different classes.

The differences in the presentations of the parts of the task create a hierarchical context to explore students' understanding.

Six levels of outcome over a range of student responses are explained in the Comparing Groups: Rubric. These outcomes are likely to be observed when performances on the four parts are considered together.