Year 8 students were asked to make a mathematical representation of Australian Aboriginal settlement. This student chose to make a timeline, using lengths on a streamer to show the time elapsed.

The text of the poster is included below.

Assessment of this student’s explanation could conclude that it demonstrated excellent reasoning about: 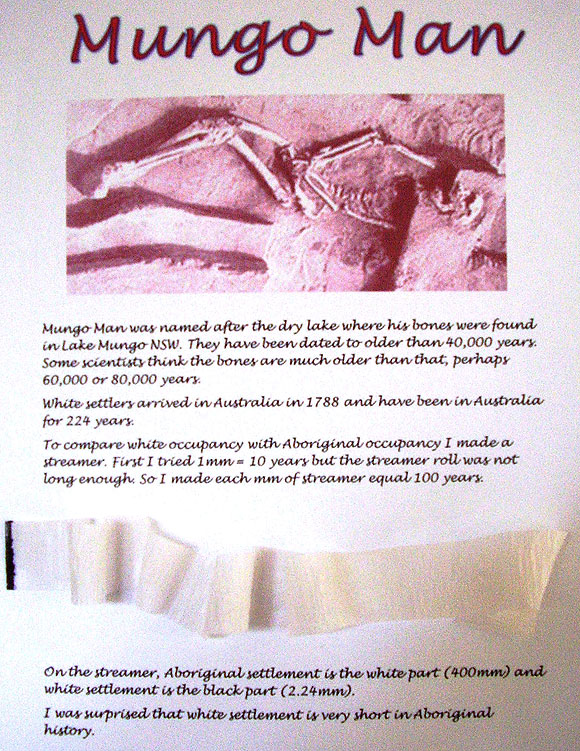 Mungo Man was named after the dry lake where his bones were found in Lake Mungo NSW. They have been dated to older than 40,000 years. Some scientists think the bones are much older than that, perhaps 60,000 or even 80,000 years.

To compare white occupancy with Aboriginal occupancy I made a streamer.
First I tried 1 mm = 10 years but the streamer roll was not long enough. So I made each mm of streamer equal 100 years.

I was surprised that white settlement is very short in Aboriginal history.

Year 4: Construct suitable data displays, with and without the use of digital technologies, from given or collected data. Include tables, column graphs and picture graphs where one picture can represent many data values

Year 5: Construct displays, including column graphs, dot plots and tables, appropriate for data type, with and without the use of digital technologies