Below is an example of a year 5 student's reasoning about the number of ways any rectangle can be divided in half.

The student started with one example, but started to think deductively when she realised that the relevant angles would be equal 'wherever the cuts were made'.

The student will be able to use more formal deductive reasoning and prove her hypothesis in secondary school after she has learnt the rules applying to parallel lines and pairs of angles. 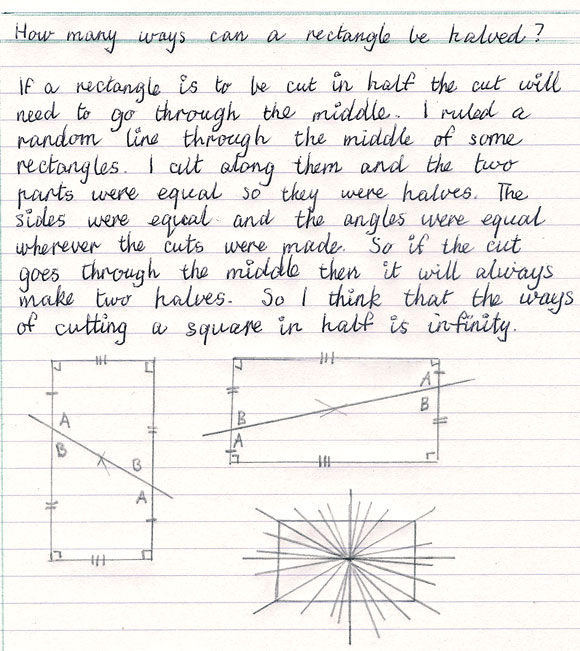 Year 1: Recognise and describe one-half as one of two equal parts of a whole

Year 6: Investigate combinations of translations, reflections and rotations, with and without the use of digital technologies