Here is a triangle tessellation. 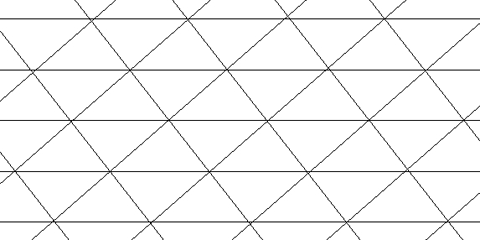 Look at the separate triangles. Half of the triangles are 'point up' and half are 'point down'. But they are all exactly the same size and shape — that is, they are congruent.

There are other geometrical concepts hidden in the tessellation.

Six triangles fit around each 'point' of the tessellation.

At each point, there are six corners, consisting of two copies of each corner of the triangle — three on one side of a line and three on the other side.

In other words, the three corners of a triangle together make up a straight line. 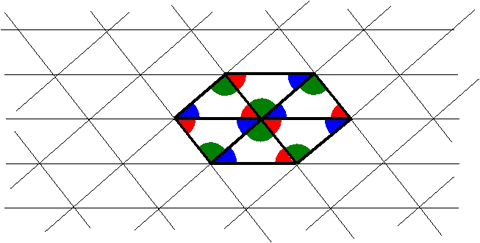 Six triangles fit around each point.

Year 2: Describe and draw two-dimensional shapes, with and without digital technologies