All of the patterns considered in this resource are mathematical. That means that they all have some kind of regularity. The patterns can always be described in words, using terms such as:

In other words, there must be some rule describing how the pattern is constructed. These terms describe the structure of the pattern.

For example, what is the structure of this brick wall? 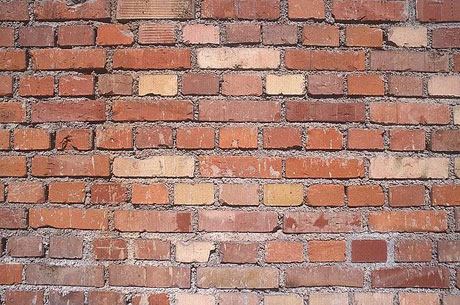 It is made of alternating rows of short and long bricks. None of the gaps in consecutive rows align. This is the rule the bricklayer follows in constructing the wall.

There is usually some reason for the regularity in a pattern. For example, if each gap in each row were directly above a gap in the row below, gaps would align right down the wall and the wall would be very weak.

There is a basic human need to look for patterns. All cultures have invented stories to describe the shapes made by the stars in the night sky. But these stories do not describe any mathematical regularity. The mathematical structure of the universe is described by the complex scientific theories that astronomers have developed, but these are based on patterns that are difficult to see.

Find and explain these patterns.