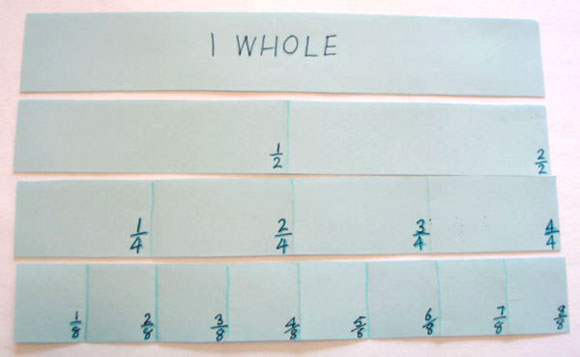 The strips are placed together so the size of the fractions can be compared.

Students record pairs of equivalent fractions, writing each pair onto a separate card.

Students look for similarities and sort the cards into groups. They describe any patterns they notice.

For example, in all the equivalent fractions for \(\frac{1}{2}\) the denominator is multiplied by the same number as the numerator. 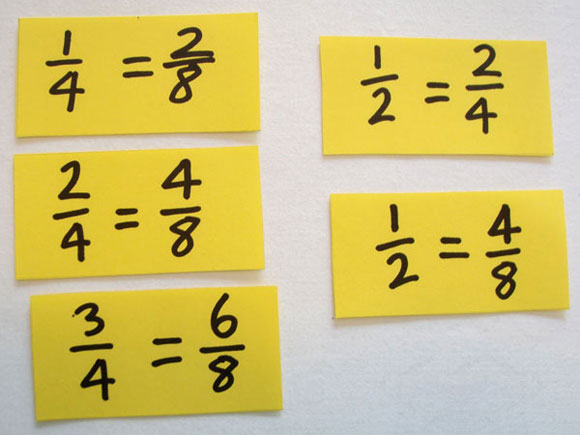 Share the findings as a class and create a display of the fractions walls and equivalence cards.

Alternatively, each group could be invited to plan the set of fractions they want to represent.