Difference problems compare the number of items in two sets.

For example, Julie has 28 sports cards and Cilla has 62 sports cards. How many more cards does Cilla have than Julie?

Note that the problems may be seen as either:

Adding on is usually the easier way to find a difference between two whole numbers. Memory load is reduced since the single number used at the start of the calculation does not have to be remembered after that.

You can watch the Differences video. 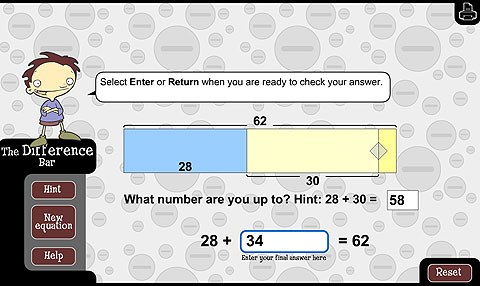 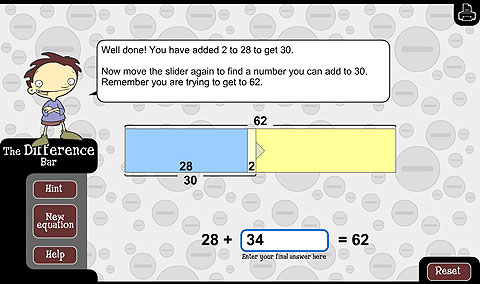 You can read more about inverse operations.